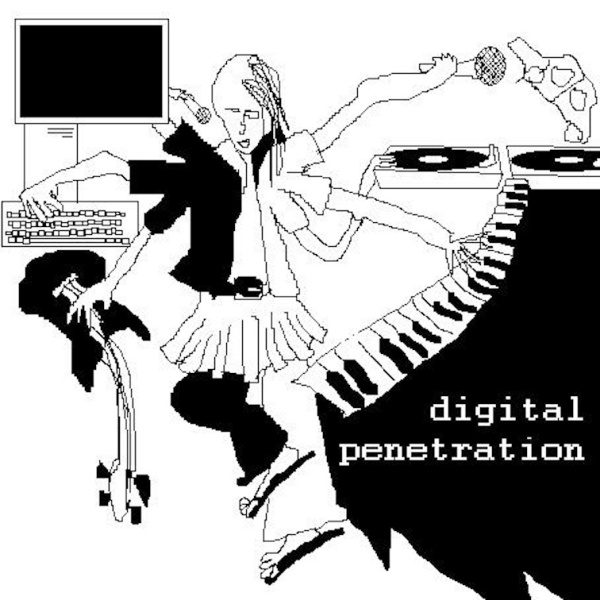 This album was constructed with layers of textural audio samples with an emphasis on a sense of ambience and interest in sound collage. It is also part of an ongoing exploration of improvised elements in digital/electronic music, in this context by sampling improvised music.

The video loops for this album are aligned and layered alongside the audio samples, similarly interested in texture and collage. Much of the video was shot through a macro lens exploring textures and the sense of the ‘abstractness’ that comes with seeing everyday things in extreme closeup. Some video was shot on a camera phone, another way of incorporating aspects of the everyday or found objects. The video was in part inspired by the film time space motion by Shinkan Tamaki which seemed to embody something about texture and the everyday that I found deeply moving. Made with Reaper.

01 was created out of samples from outtakes of a recording session of Perth improvising collective Overlay.
04 was created from samples provided by Oz Kesik (aka Plyanci plyanci.bandcamp.com ) from a recording session of theirs at Melbourne Electronic Sound Studios on a Buchla Easel.
Some of the video for track 4 was sourced here: www.youtube.com/watch?v=U0LAnamO2eg
05 was created from samples of various Perth improv musicians.

Three Journeys
I thought I’d celebrate the release of my solo (Sage Pbbbt) drumming album Three Journeys on Tone List records by releasing a mostly-unrelated album of electronic music with the same name.

1) This track explores the timbral, textural qualities of this other home-made drum. But it also has a constantly changing delay on the higher frequencies. So it ‘amplifies’ the overtones and differences while adding another sense of constantly changing rhythm. A reworking, continuation, counterpoint to Three Journeys.

2) is a remix/reworking of Kathy Acker reading ‘First Whore Song’ from ‘Pussy, King of the Pirates’. Kathy Acker was onto something. And I totally ̶p̶l̶a̶g̶i̶a̶r̶i̶s̶e̶d̶ appropriated the title of this track from LUKA’s excellent album of the same name.

desmos ongssi xteen
This collection feels quite similar to my old methodology of quite random things put together for no other reason than they’re finished so it got named appropriately.

threem ove ments (collage)
A volume-fades-only exploration of collaged textures. Three movements of eight samples. Intention non-use of editing to foreground the use of the differing sound qualities of ‘found’ (on my hard drive) recordings. (Also, playing with a new toy—first ever midi controller.)

Watching Shinkan Tamaki’s Time Space Motion
A mostly-silent recording of some people watching a mostly-silent film. An attempt at a tribute in sound to one of the most moving films that I have ever seen.

breaking breaking waves
Silly loopy madness (really not utilising the right tools to do so; cause I didn’t have them at the time). The first ‘electronic music’ I’ve made in thirteen or so years. Compiled of samples from Breaking Waves rehearsal sessions. WARNING! MAY CONTAIN TRACES OF: Mike Carati, Jameson Feakes, B Gosper, Ben Greene, Djuna Lee, Josten Myburgh, Dan O’Conor, Sage Pbbbt and Vanesa Stasiw.

(The original incarnation of Digital Penetration, circa 2001-2005…)